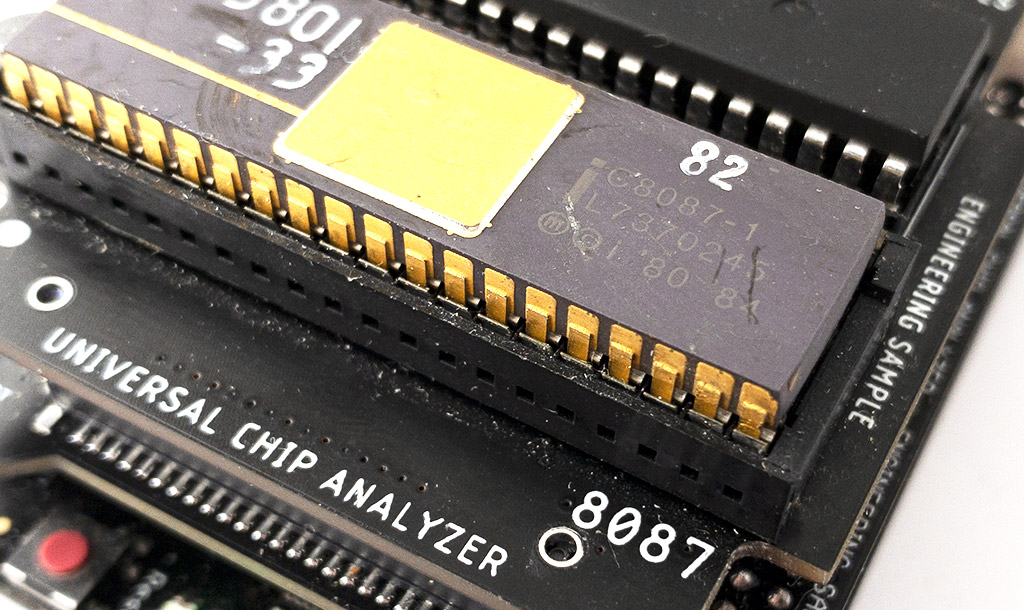 Early in the development process, “UCA” meant “Universal CPU Analyzer”. Then I thought it could also be used to test non-CPU like FPUs, Bitslicers or RAM chips and I finally changed the name for “Universal Chip Analyzer”. The 8087 FPU is the first supported IC that’s not a CPU or MCU. Released in 1980, it’s a much more complex chip than its companion 8086. While the later is built with 29.000 transistors, the 8087 integrates 50% more of them for a total of roughly 45.000! It handles various floating-point arithmetic operations (additions, multiplication, square root, etc.) as well as transcendental functions from exponential to trigonometric calculations. The 8087 was the very first FPU to implement the draft of what was to become the initial IEEE 754 standard (circa 1985).

Building an adapter for the 8087 starting with the iAPX-86 code already done was quite easy. Emulating the CPU with the FPGA was technically feasible, but this would have limited the complexity of the x86/87 ASM code able to run. Fortunately, 8086s are still widely available for cheap and every collectors have spares. 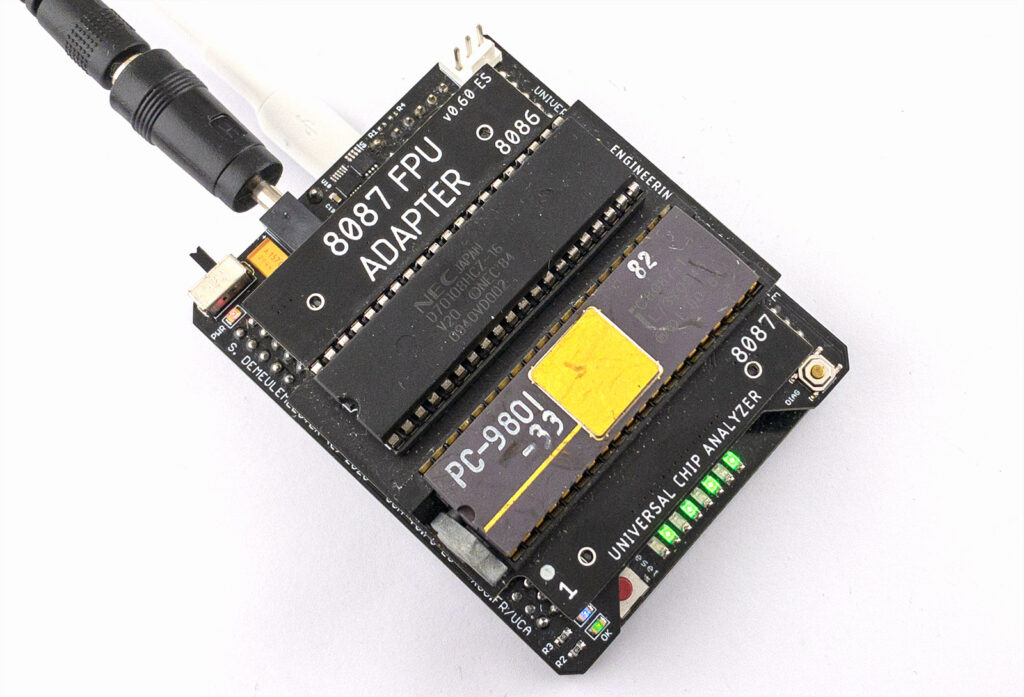 The UCA 8087 FPU Adapter requires any 8086 with a rated speed of 10 MHz of more (the fastest 8087 is clocked at 10 MHz). While the standard 8086/8088 UCA Shield configures the CPU in the simplified “MIN” mode, this adapter requires the “MAX” mode with additional bus decoding stages. The original Intel 8288 Bus Controller had been translated in Verilog HDL and implemented in the FPGA. After some tuning, everything was running properly : 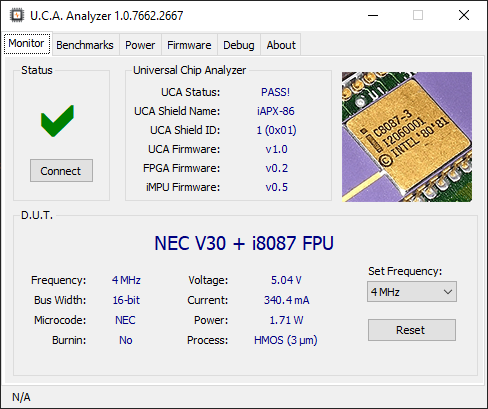 An option to automatically subtract the power consumption of the 8086 (to show only the one from the 8087) will be added later . Target frequencies are 4, 6, 8 and 10 MHz.