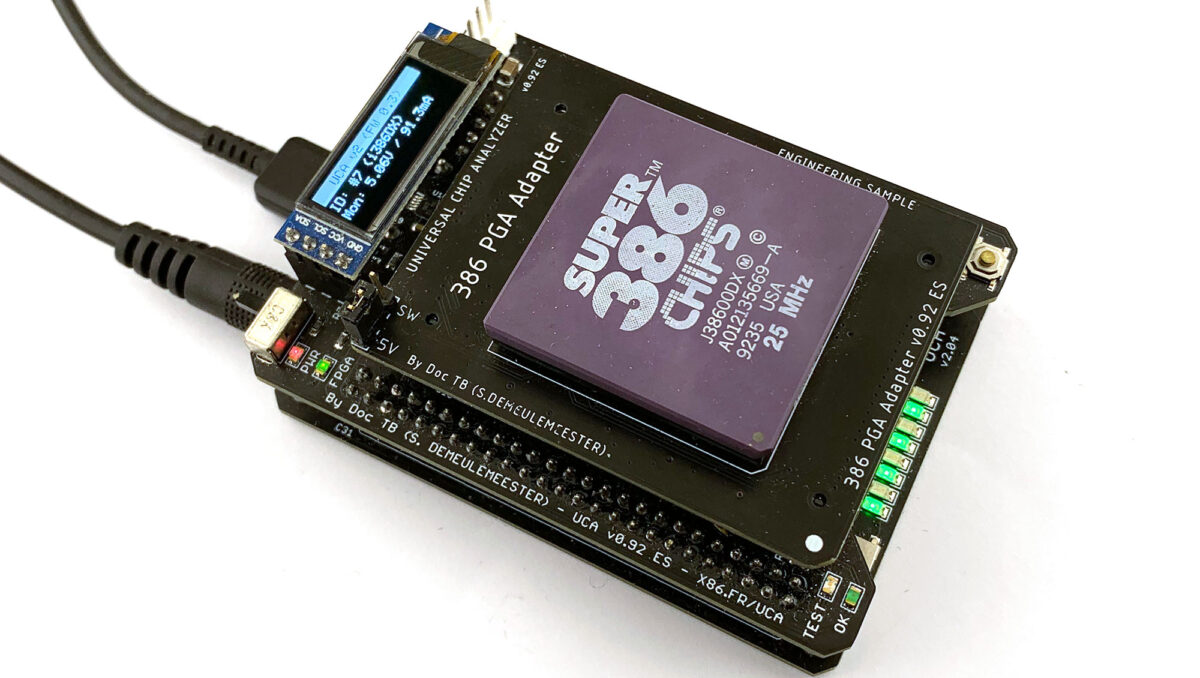 Chips and Technologies (C&T or CHIPS) was a little-known company found in California in 1984. The company first developed one of the first EGA video chipset and some system logic chip sets for IBM’s PC-XT and PC-AT. In September 1991, C&T announced its very first and only x86-compatible CPU: an Intel 386 compatible chip named the “Super386”. It used clean-room implementation process (basically reverse engineering) but Intel sued them almost immediately for patent infringement. Being unable to fight against Chipzilla on a costly trial, the case was settled in 1993, making the Super386 a very short-lived CPU only produced in few quantities in 1992. Later, C&T refocused on laptop graphic chips and was ultimately acquired by Intel in 1997.

Here are the x86-related products from C&T announced in 1991:

The Super386 (J38600DX) being the only x86 CPU from Chips and Technologies that reached the stores (albeit in very small quantities), it had to be supported by the UCA!  I was able to finally find one and add support on the UCA! 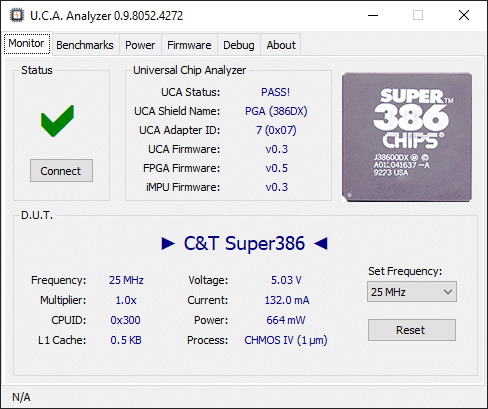 Running at 25 MHz with a much lower power consumption than the first 386s, the C&T Super386 identifies itself with CPUID 0x300. The same CPUID was used for very early (and very rare) A-Step Intel 386. To distinguish them, you must check for the undocumented 0x0F, 0x18 instruction, only available on the C&T Super386.

More interesting information about the C&T Super386 can be found here: