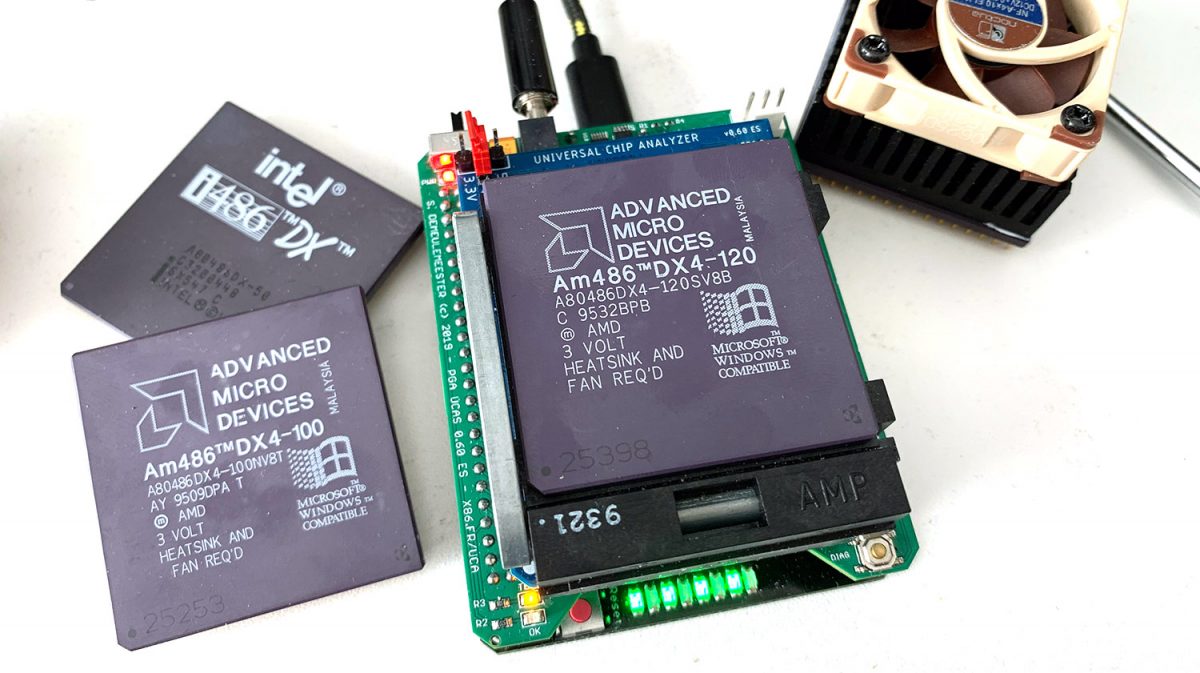 After the initial support for Intel 486s, the Universal Chip Analyzer with the new 486 adapter now supports all 486s from AMD. I’m an avid CPU collector but I only collect Engineering sample (check my collection here!). Of course, some analysis on these ES will be published here soon, but to add support for AMD 486s, I bought some “retail” Am486 and Am5x86. Here they are: 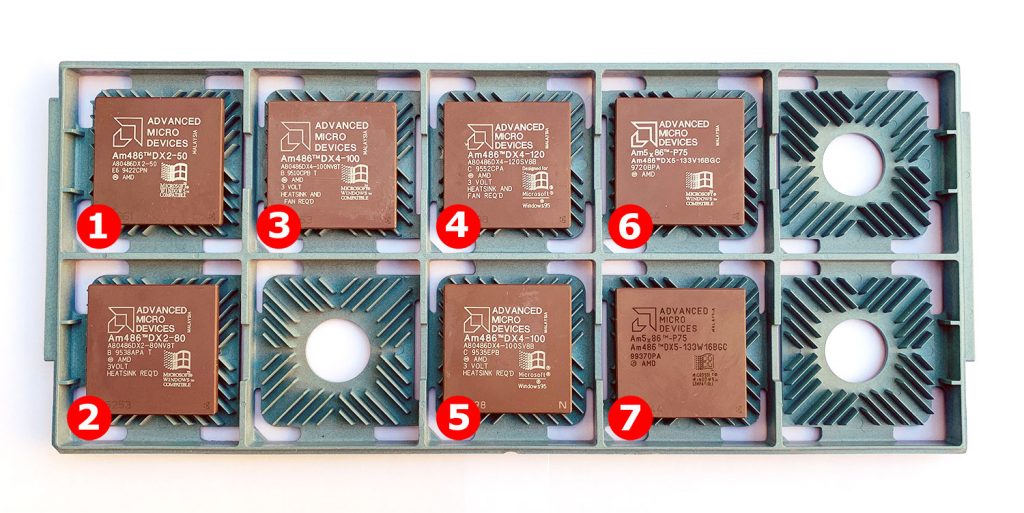 Good news : they all work well on the UCA! Here are some notes I took while testing.

Am486DX4-100NV8T (3) : 8 KB L1 Write-Through Cache. CPUID also 0x432 without cpuid instruction. Real nightmare to distinguish from Intel. B-Step a bit lower power (-5%) Vs AY-Step. INT Perfomance is lower than Intel DX4 (-20%). FP Performance almost identical. Power consumption is also lower (-25%). One interesting thing : In 2x mode, the CPU is exactly as fast as an Intel DX2. However, in 3x mode, it seems significantly slower than a DX4, but only in INT. Performances looks like 2.5x in INT (according to cycle count) and “real” 3x in FP. Strange. That deserves some additional investigation.

More 486s will soon be supported!