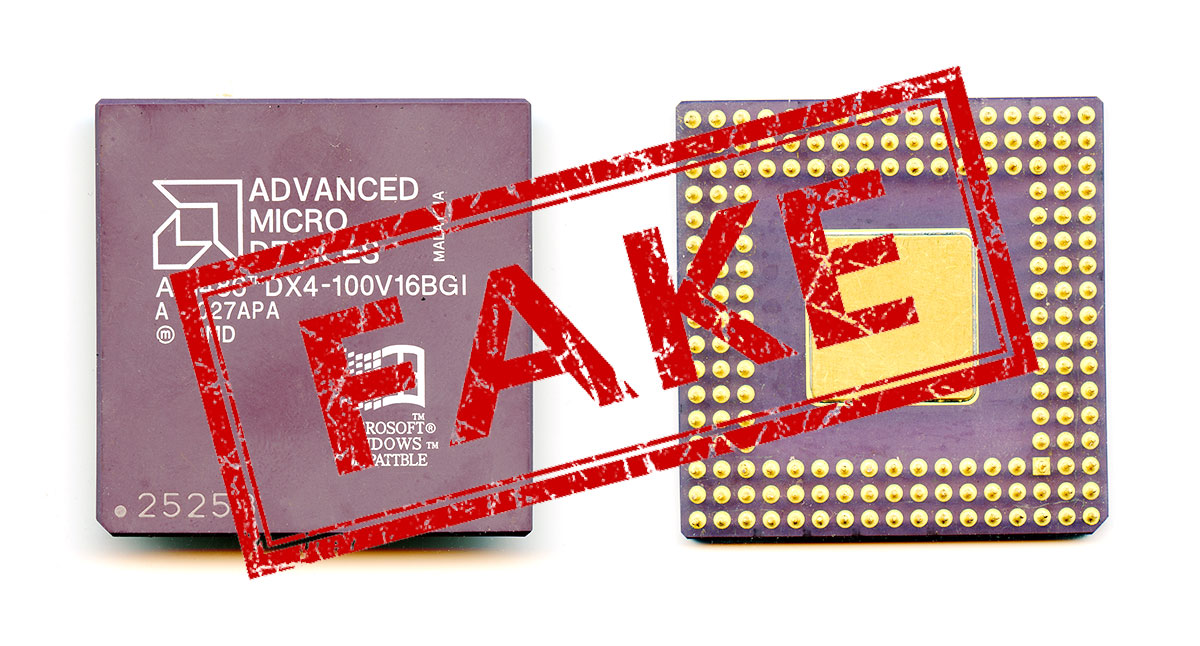 While I was adding support for AMD CPU on the Universal Chip Analyzer, I spotted what looked-like a strange chip at first sight. I was then working on the L1 cache size detection, to distinguish between CPUs with 8 KB and others with 16 KB. In their BIOS Development Guide, AMD wrote a specific code that checks the status of a tag bit in a test register (TR4). After implementing this test path in the x86 code run by the CPU on the UCA, I needed a CPU with 16 KB L1 cache to try on 486 (5x86s were OK). I found this uncommon Am486 : 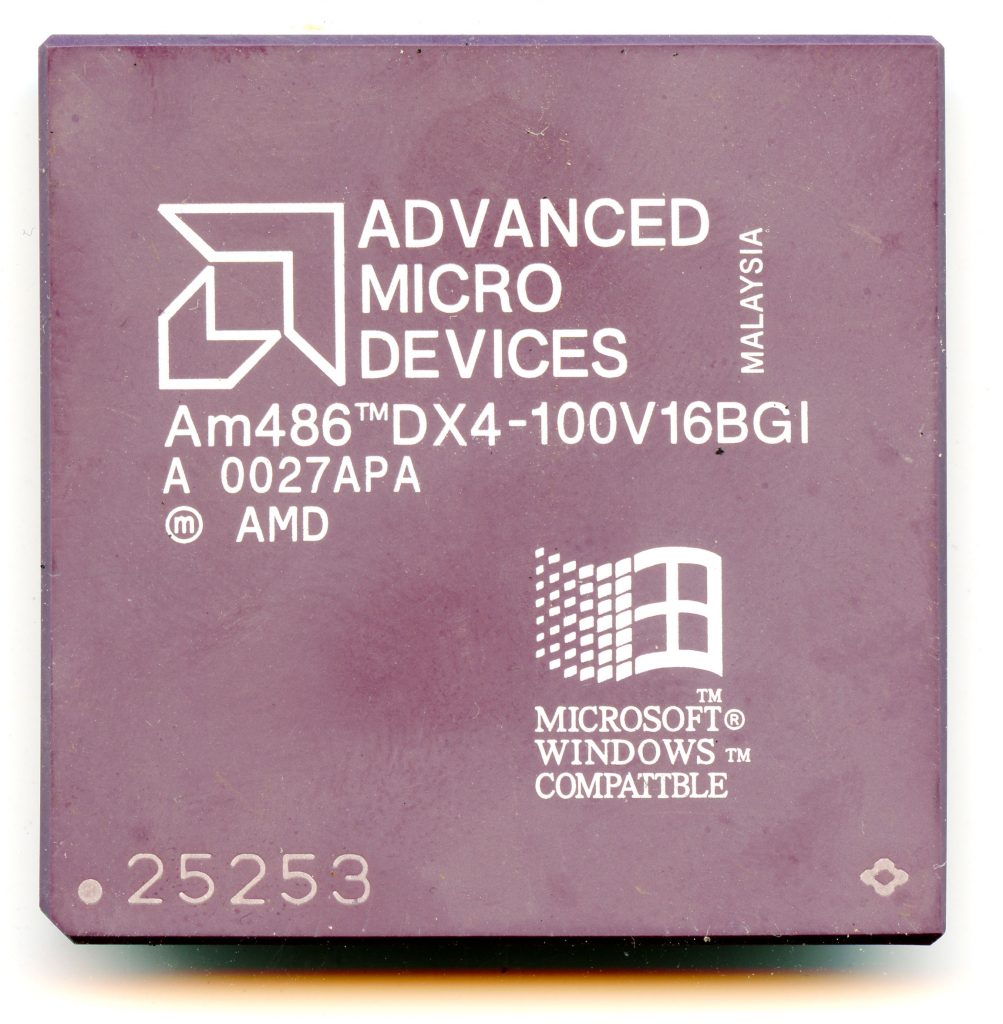 But the AMD code was not working: the size of the cache detected was 8 KB instead of 16 KB. I began to have doubts about the genuineness of this CPU. I started to play with the UCA. No way to enable Write-Back: the CPU stays in Write-Through Mode and the CPUID does not change accordingly as on “SV8B” AMD 486s. This CPU does not support Write-Back. I suspected a remarked early “NV8T” DX4-100, but that was not the case: they come with a CPUID 0x484 and this CPU was 0x482 in 3x Mode and 0x432 in 2x Mode. 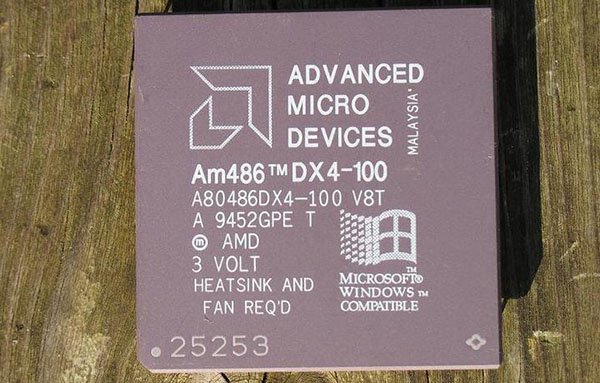 On closer inspection, several points should have caught my attention about this CPU. No way to be certain of what it really was without the UCA, but the fact that it was a fake could have been known sooner.

As you can see in the picture below, AMD markings on CPUs from this era use a typical hatching pattern. This pattern is not present at all on the fake CPU.

But the most obvious error is a big mistake on printing. Here you can see the word “COMPATIBLE” is actually spelled “COMPATTBLE”, with a double “T”. 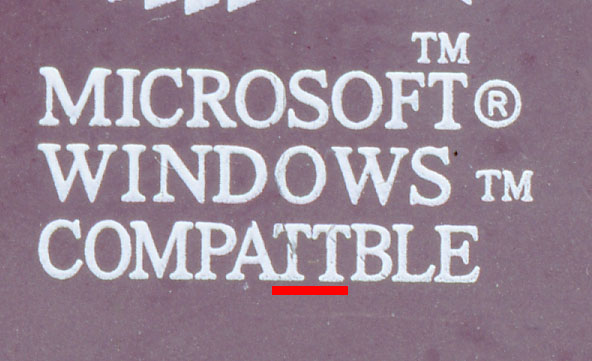 There is no doubt at this point that this CPU is a counterfeit Am486DX4. The only question remaining is when was it remarked by fakers? Counterfeits CPUs – especially 486s – were common in the 90s to boost frequency, but here, the original CPU was already an Am486DX4-100 (albeit a very early one with 8 KB L1 Write-Though Cache, instead of the expected 16 KB L1 Write-Back Cache). More recently, in the mid-2010s, old CPUs from the 90s were also faked to target CPU collectors all over the world.

Looking at eBay listings right now (2020-04-23), I found 4 vendors selling Am486 DX4-100V16BGI for a (very) high price. Two of them – including one who only sells multiple 30 pcs lots – are obviously the same fake as the sample analyzed here. The other two look different but still highly suspicious, with a Windows Logo not on par with the unusual Windows printing from AMD for the first one, and a very odd font for the second one (seems also marked “COMPATIBLF”)

Collectors beware of these CPUs!